The collected data will be kept for a maximum of one year. In accordance with current legislation (GDPR), you can at any time oppose the collection of these data, on request, via the contact form.
By continuing your visit to this site, you consent the use of cookies.
Learn moreOK
W Abrasives
Markets
Applications
Products
W CARE
Technologies
W Abrasives <
Markets<
Applications<
Products<
W CARE<
Technologies<
Pressroom<
Home page >
Blog
>
Success Story : How to reduce abrasive consumption and machine wear for efficient cleaning of castings?

My success story with WA

Success Story : How to reduce abrasive consumption and machine wear for efficient cleaning of castings? 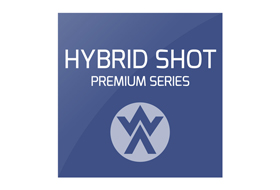 My Success Story with WA Success Story, Why Linfen choose Stainium product ? About our customer In October 1998, Linfen Steel was restructured into “Taiyuan Iron Steel Co, LTD” which is also our customer. Now, business between... #AbrasiveConsumption #Cleaning #Expertise #Services #Success

Technical Center in Houston, USA strengthens its position as expert in blasting solutions and furthers its reputation northwards, to Chattanooga, Tennessee.

Mueller Company is one of North America’s largest full line supplier of potable water distribution products. Since starting business in 1857, they are best known for their line of fire hydrants, butterfly valves and iron gate valves.

The customer was looking for an abrasive option that could clean parts more efficiently, reduce consumption and reduce the wear on their machines. The previous operating mix was very coarse causing unnecessary wear on the machine and reducing the particles per pound of operating mix.

One day, the Technical Center in Houston, Texas received a call from the Reliability Engineer who was concerned of the amount of dust in his operating mix and throughout the blasting process. He was new to blasting operations and did not know the history of how they had gotten on the HPG products and wanted to know if there was something better and more efficient.

Mueller's key concerns were:
1- Motor life on the wheels
2- Wear on the machine
3- Clean of parts.

At this stage they were using a HPG6 and HPG8. Before 2002 they were using a standard SAE shot, but this was not getting them the profile (for power coating) and the effective clean. So, they tried a premium product that was ultra-aggressive (HPG 6 on the foam line and HPG8 on the clean line) that indeed performed as tasked.

We met and discussed the past and how each machine got to the point that is was. Mueller wanted to look at the Stainium and parts were sent to Houston for testing. Michael Casey, Mike Owens and Eric Birdwell were on site to oversee the technical process.

Several products were tried and Mueller decided that the HYBRID 060 would work best for the foam line as it give a near white finish and a profile that was more consistent with what the power coat supplier recommended. Stainium 140 would work best for the coating line for the same reason with reduction in blast times. After the introduction of the new products in the machines, the number of particles increased in the operating mix which provided more coverage and a better and more thorough clean.

Going from the previous product to the SM140 gave Mueller 10 times more coverage than the previous mix. We learned that on the coatings line, which is more of a “final prep” and because the FOAM line actually performed the profiling required, that Kinetic Energy was not as important as coverage and clean.

“Before I came to the W Abrasives Technical Center, I had very little knowledge of how abrasive shot blasting worked.  I did not have much expectation beyond seeing some test parts run. I was amazed at the amount of knowledge I left with!  The W Abrasives guys provided significant amounts of technical training and engineering help on abrasive shot blasting including media selection, blast patterns, wheel amperage, cleaning in different types of blasts, etc. Their training and technical materials are top-notch.  The value received from the technical center was well worth the cost in time and travel!"

The castings on the left were “pre” SM140 Stainium and after Stainium 140 to the right.