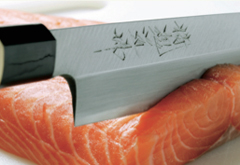 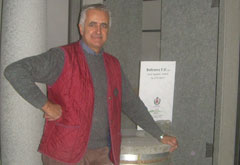 My Success Story with W Abrasives 10 years of a win-win partnership Our loyal customer Beltramo, located in the province of Cuneo near Turin in Italy, is celebrating 10 years of processing with the large granite-cutting gangsaw machine.... #Cosmos #Cutting #Granite #Italia #Services 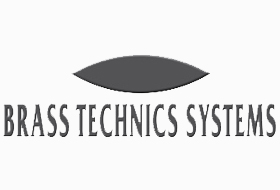 The company Nuova Italiana has installed the COSMOS system proposed by Winoa. Which are the reasons which lead you to this decision?

We know very well Winoa since 20 years: they are our official grit supplier and we are having with them a good relationship. They granted us the permission to do a long period of test and during the same we were able to verify and evaluate all the features of this new system which is Cosmos. Cosmos does not require a starting investment but we found an agreement with Winoa for a monthly payment: therefore it is easier and less invasive for our company.

The granite cutting with abrasive mixture seems to be a mature technology. Is the Cosmos system  modifying this feeling?

Yes. The Cosmos system has allowed us to obtain more processed square meters referred to sawed cube meters in the gang saw. And looking at the actual economic situation, each step of the production process must be constantly  supervised and kept under control.

What does the Cosmos system represent for your company?

It is a complete system which allows us to improve the productivity of our gang saws of about 10%; it  means higher production of slabs coming out from the same block under the gang saw. Beside this, it allows us also to improve the second phase of our production, that is the polishing phase.

So are you able to measure the increase of your productivity obtained in the saw mill factory with the Cosmos system?

Surely! Thanks to a computer program supplied directly from Winoa, we are able to insert sawing data block by block and we can then evaluate the increase of the productivity respect the traditional system.

In the end, which are the advantages you have found in the last year using the Cosmos system?

I can say that we had various advantages. The main: we obtained an higher productivity of slabs for the same block of granite. The Cosmos use has led to other economic and direct advantages. In my opinion, the most important is the reduction of the energy cost if we consider the fact that in the last year and half the energy cost has increased of 30%. This along with the fact that we used less cutting tools such as blades and less grit. And not less important is the lower production of wasting muds. This led to a substantial economic advantage for the company.

Just the confidence in Winoa pushed you to test the Cosmos system?