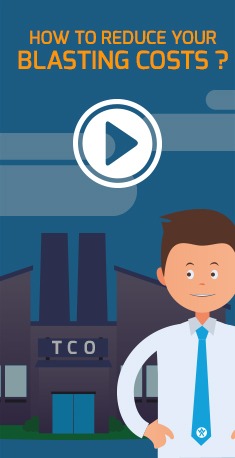 The International Engineering Fair was a five-day event held from 3rd to 7th October 2016, at the BRNO Exhibition Center, which ranks among the largest exhibitions centers in Europe and which is on the 23rd position on the word.
Popular among professionals in the industry sector it is the most successful International Engineering Fair since 2008, for fair organizers. Covering over 44,000 square meters, the event attracted a total number of 80,000 visitors with 80% from Czech, 15% from Slovakia and 5% from other countries.  As each year, the Czech Prime Minister has traditionally opened the fair.
Through its good placement which crisscrossed two paths and a stand measuring 6 x 5 meters, Kovobrasiv, the Czech WINOA’s subsidiary has given an image of an innovative and modern company.
WINOA participated in this exhibition to introduce and promote its new Premium products and services and explain their benefits to customers as well as introduce their new tools and innovation program.
Participated in the biggest Engineering Fair in Central Europe allowed WINOA to strengthen its relationship with his distributor and placed the company as a key player in the Central Europe.