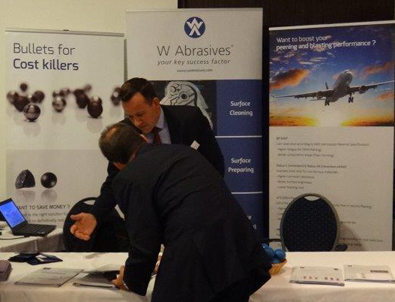 The 12th International Conference on Shot Peening was held September 15-18, 2014, in Goslar, Germany.
The small world of Shot Peening was there with 200 attendees coming from industry (mainly aerospace) and universities of all over the world.

20 companies had a booth during the conference among which Winoa, Wheelabrator, Rösler, MIC, Sinto, Frohn,..
It was the opportunity for Winoa to present its new brochure for shot Peening and promote its shot Peening media :